Why animals in a tycoon game?

Studio story: Why animals in a tycoon game?

A tycoon game with animal characters is a very rare sight.

Today we would like to talk about our choice to put animals in our very first tycoon game. No, it’s not only because animals are cute, charming, and adorable!

When you hear “Casino tycoon game”, you don’t expect to see cute little animals running around playing Casino games, drinking, or even fighting sometimes… So why did we make that unusual choice? 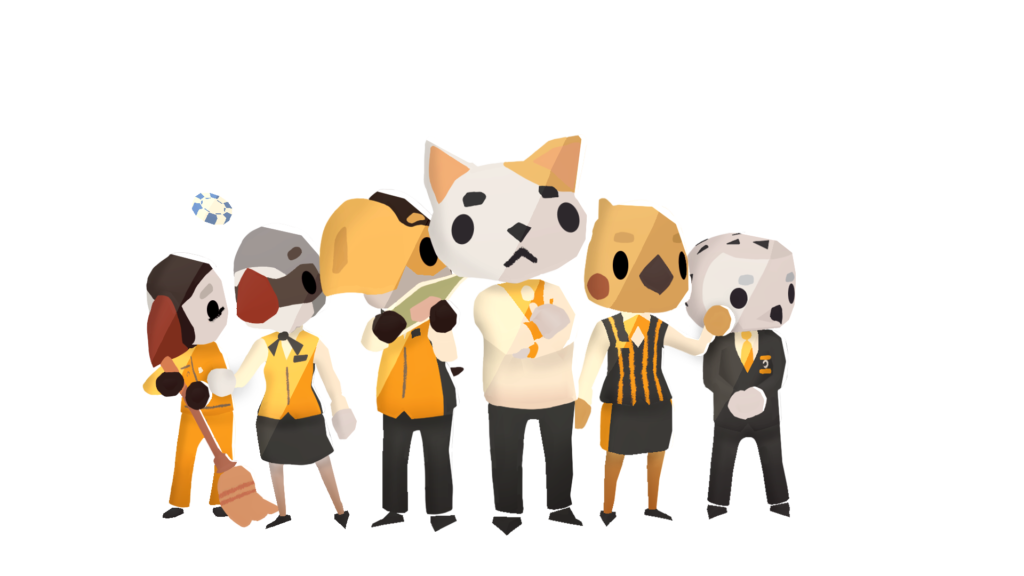 First of all, from a gameplay perspective, it is much easier to recognise different animal heads from a bird’s eye view (pun intended). That’s the utilitarian reason.

In our game, animal types have different roles depending on their species. They are also separated into classes to be easily readable. For example: 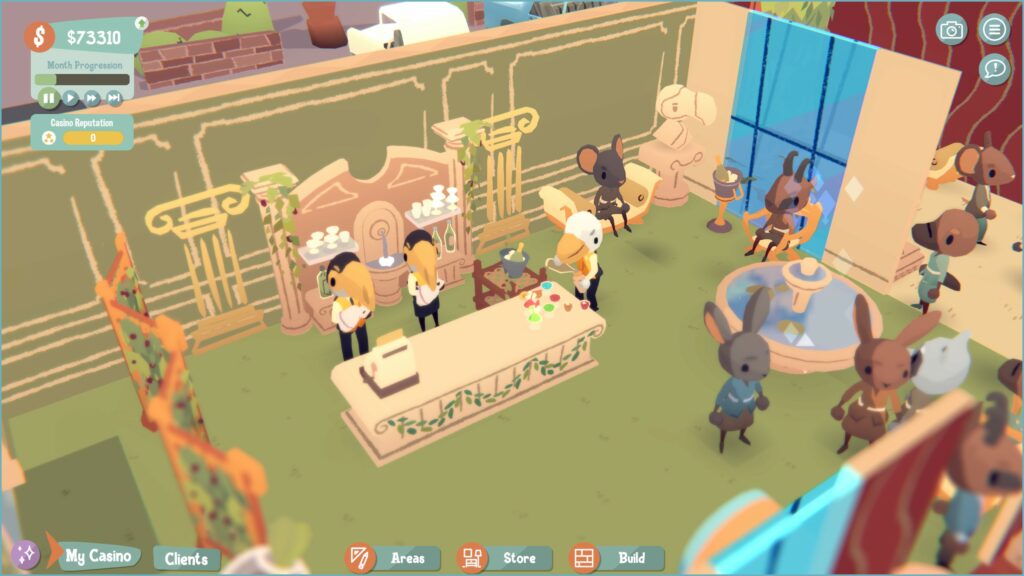 The toucan bartenders and the pelican waiter are hard at work.

Then on a more thematic perspective, we think that our players will project their cultural stereotypes on the animals. Plus, it colours the events that emerge on their casino floor with a distinct flavour. We use animals to abstract characters, just like in fairy tales, animated movies or old school fables.

Janitors are represented as puffins and guards as owls!

Additionally, we wanted to make every character in the game really special and colourful. It gives players the opportunity to experience emerging events thanks to the interactions between deep systems and overflowing personalities. Animal representations are linked to the idea of “Food Chains” or “Jungle Law”: each character represents something either strong, calm, trustful, brutal… 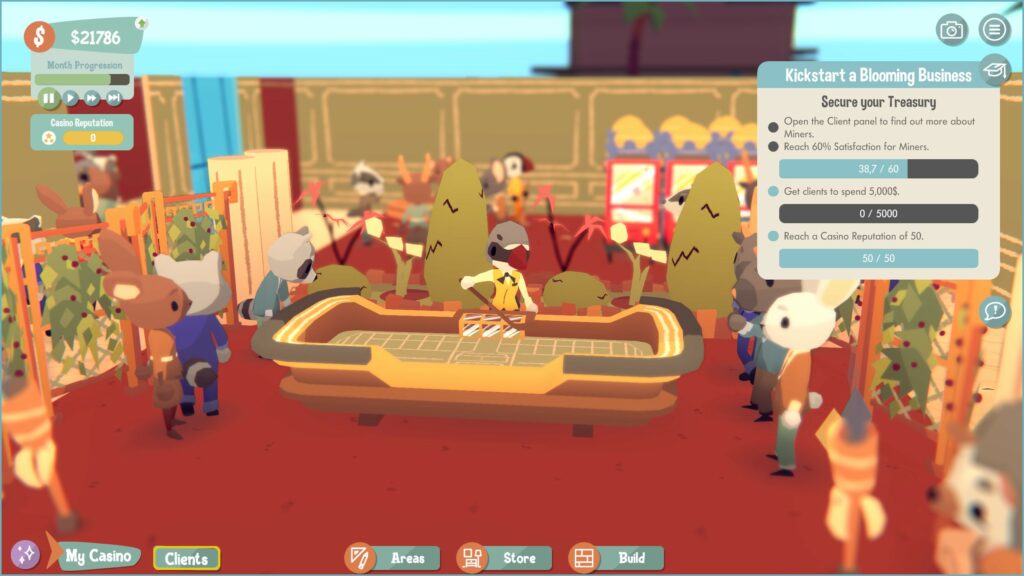 The player can quickly identify and anticipate the relationships between them and the consequences for the Casino. Anthropomorphic characters are also very easy to distinguish in a crowd because of the shapes and colours. Finally, their stories are simple to introduce as they often are archetypal.

In conclusion, we hope you understand a little bit better why we have animals in our tycoon game!

Get early access to the game by joining Discord and chat with the dev team!